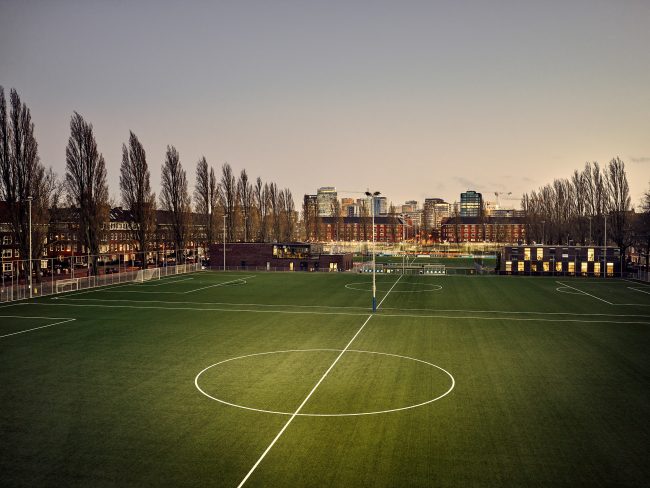 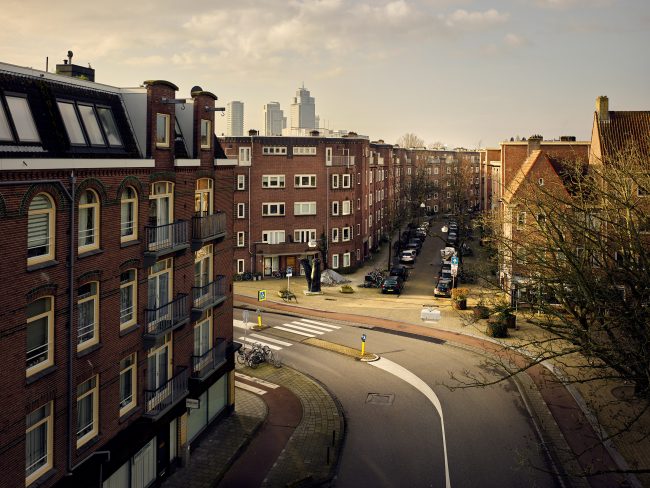 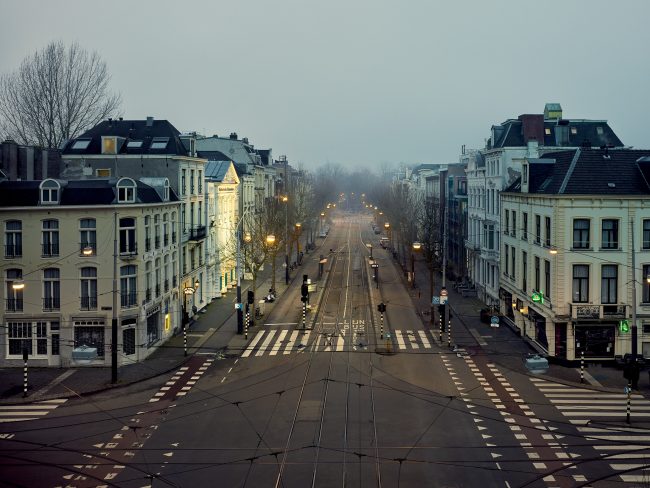 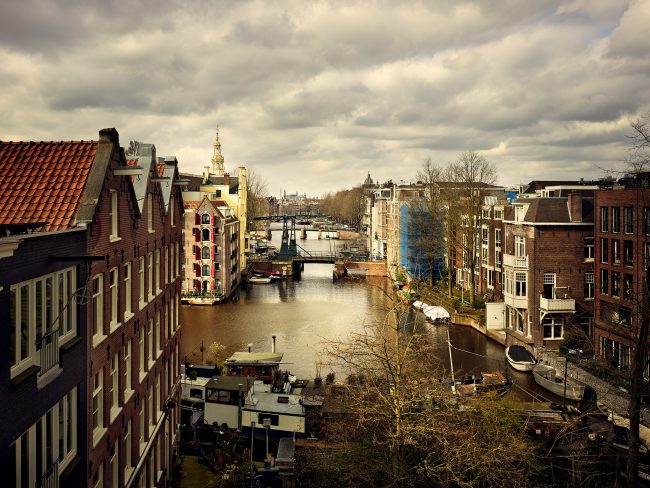 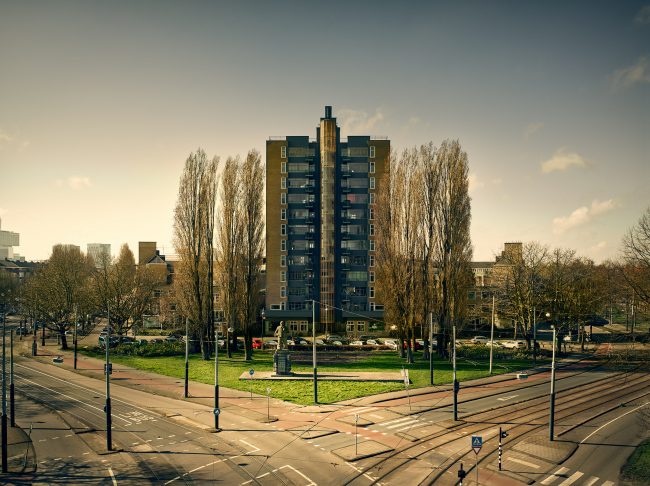 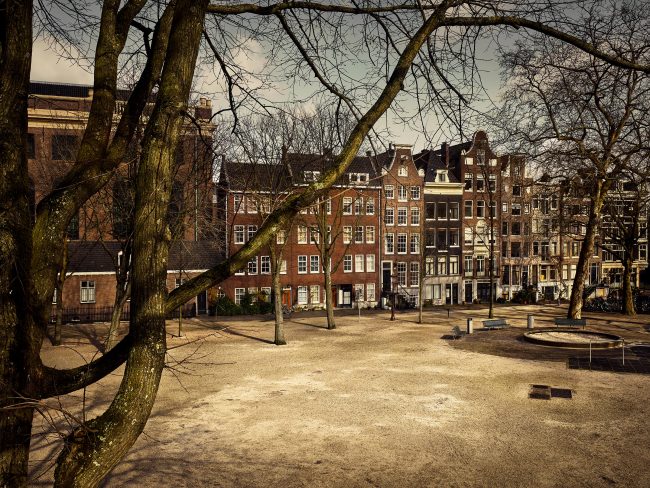 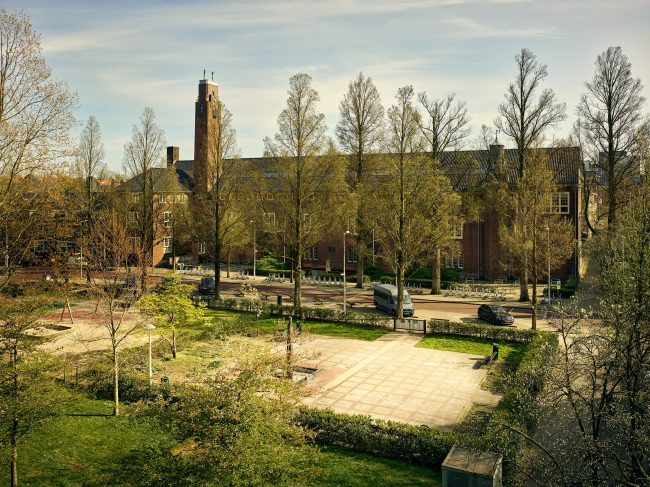 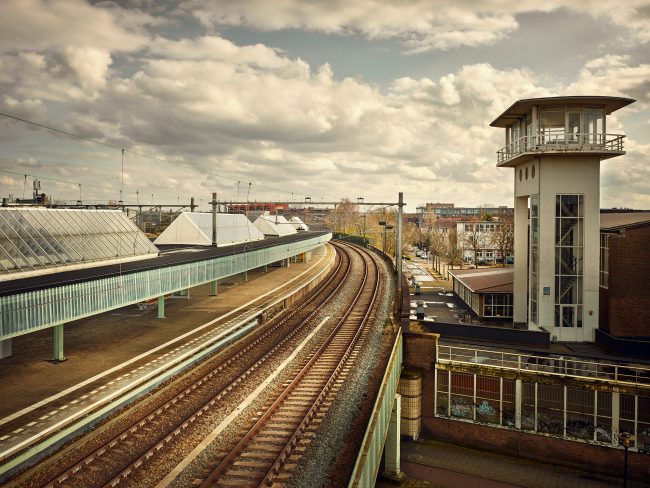 The shop owner down the street, your best friend, a colleague, the boy next door, your teacher; imagine one out of ten people from your everyday life disappearing… Wouldn’t that be mind-boggling? And yet, that is exactly what happened in Amsterdam during the Second World War. Some 80,000 Jewish residents got deported from the city and three quarters of them ended up murdered. Amsterdam lost a vast number of its inhabitants and would never be the same again.

Unlike many other Dutch towns, most houses and other structures in Amsterdam made it through the war relatively undamaged. The persecution of Jews on the other hand, left the city bereft forever. This year we commemorate 75 years of freedom in the Netherlands and to mark the occasion, the 4 and 5 May committee of Amsterdam and the Jewish Cultural Quarter commissioned photographer Jeroen Hofman to expose the hollowed-out city. Hofman made desolate pictures of locations that played key roles in these darkest of pages in the history of Amsterdam.